Skip to content
We appreciate your patience and continued support! During this time of overwhelming demand, our team  is doing everything possible to produce more bullets and ammo than ever before.
Home/Company History 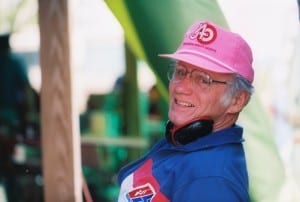 I would like to take a minute of your time to share a few incidents that resulted in the founding philosophy of Berger Bullets, which is that ALL BULLETS WILL BE OF MATCH GRADE QUALITY. Having grown up in the country during the 30’s and going through the great depression, hunting small game was one of the ways to supply meat for our table. Purchasing a box of rimfire ammunition was a major expense. I was taught three important lessons. They were that you did not waste ammunition, never point a firearm at anything you did not want to shoot and that you were to hit everything you shot at in a location resulting in a humane kill.In my late teens and early twenties my financial resources became somewhat better and I was able to purchase a center fire rifle and pursue target shooting, varmint and big game hunting. It did not take long to realize that not all ammo was the same. In an effort to improve on this quality I became a reloader. I then found that not all bullets were the same and varied greatly from one box to another. I had heard about a benchrest club called Reed’s Run Rifle Range in Augusta, Ohio that was holding registered benchrest matches. Since I was only about 65 miles away I decided to go there one weekend and watch them shoot. While there, I was exposed to some of the top benchrest shooters in the country. I learned that shooters who were winning were not shooting over the counter bullets. They were shooting bullets made in dies they had made themselves or dies made by Beihler and Astel. On the way home I decided that I would require a set of bullet dies if I were going to have good bullets to shoot. My wife was less than enthusiastic about my desire to purchase the dies I wanted. Since I was working the afternoon shift (3:00 pm to 11:30 pm) I told her I would get a morning job to pay for the dies. As luck would have it a new post office building was being constructed in our small town so I got a job carrying blocks, bricks and helping mix and carry mortar.

The dies I purchased were an excellent set of dies. The bullets I made with these dies shot so good I won another set of dies. Since I did not require two sets, I sold the original set to my good friend George Kelbly of Stolle Action fame. This little sale resulted in six years of frustrating shooting results, since the set I won was not match grade as it had a defective punch. After the punch problem was solved the next problem was the quality of available jackets, which were measured by total indicator run out (TIR). The TIR of the jackets available was from .0008 to .0015. This problem was solved by building a small lathe that allowed me to turn the internal dimension (ID) with a single point resulting in jackets that had a TIR of .0003 or less. This resulted in jackets that when used in good dies and made properly produced bullets that had the accuracy potential of shooting groups less than 1/4 minute of angle (MOA) and in real good equipment approaching 1/8 MOA. Several years after the turning of the jackets the J4 jacket was offered to custom bullet makers with a .0003 tenth tolerance. This allowed me to make bullets for sale that had the above accuracy potential and helped me shoot my way into the Benchrest Hall of Fame.