Skip to content
We appreciate your patience and continued support! During this time of overwhelming demand, our team  is doing everything possible to produce more bullets and ammo than ever before.
Home/Rifle Ammunition/Target/223 Remington 73 Grain Boat Tail Target Rifle Ammunition

The Berger .223 Remington 73 Grain Boat Tail Target rifle ammunition was designed to offer both bolt-gun and gas-gun operators a premium round that outperforms current 223 long range rounds. The 73 Grain BT Target projectile has been known in competitive shooting and Mil/LE circles as the “test-Rifle Bullet” for AR platforms. The competitive shooter’s adage has always been “If it won’t shoot a 73 Grain Berger, it likely won’t shoot. Period.” Function tested and competition proven, the Berger .223 Remington, 73 Grain BT Target is the target round to beat.

Performance based on a 20″ barrel and sea level conditions. 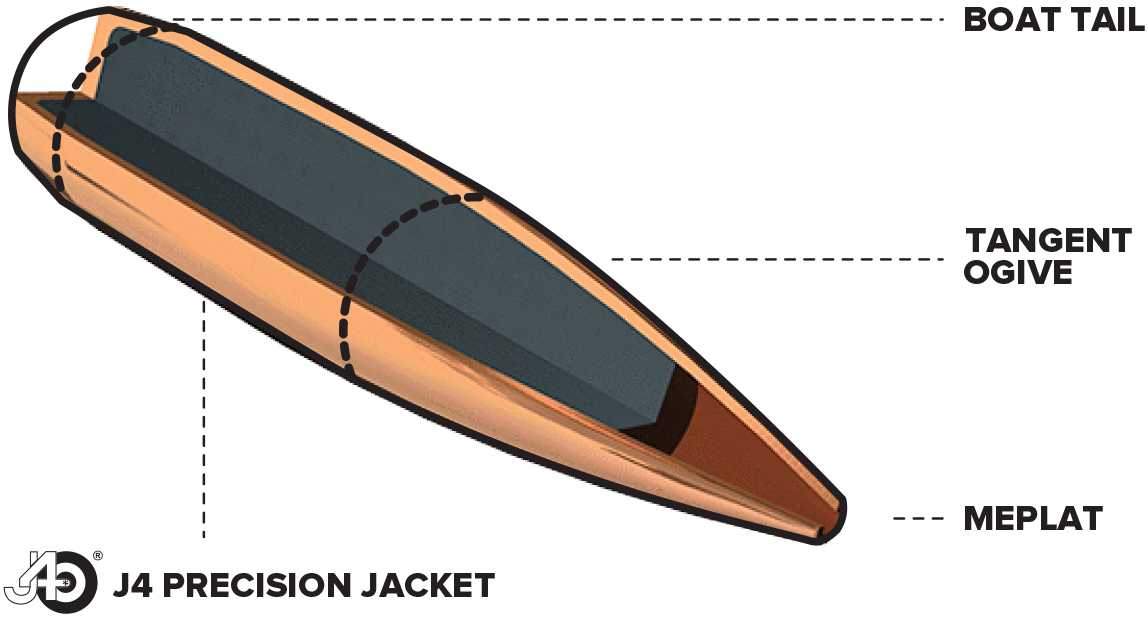 Tangent Ogives are easy to tune and perform extremely well at short and long ranges.

J4 Precision Bullet Jackets are the #1 choice of custom bullet manufacturers. They are the most consistent and concentric copper jackets in the world holding an unprecedented +/- .0003” tolerance. The most precise jacket produces a Berger bullet with the least amount of dispersion at all ranges.