Skip to content
We appreciate your patience and continued support! During this time of overwhelming demand, our team  is doing everything possible to produce more bullets and ammo than ever before.
Home/Press Releases/10-Year-Old Shoots Teen Agg with BR Column Bullets!
Previous Next 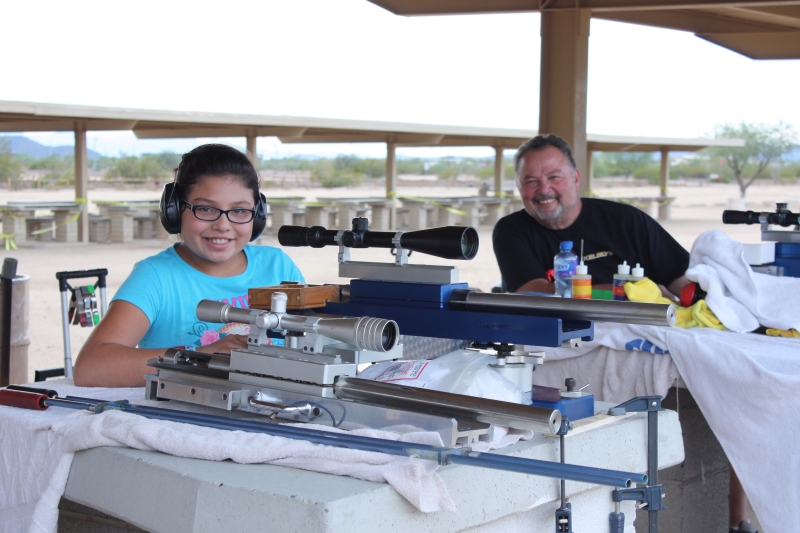 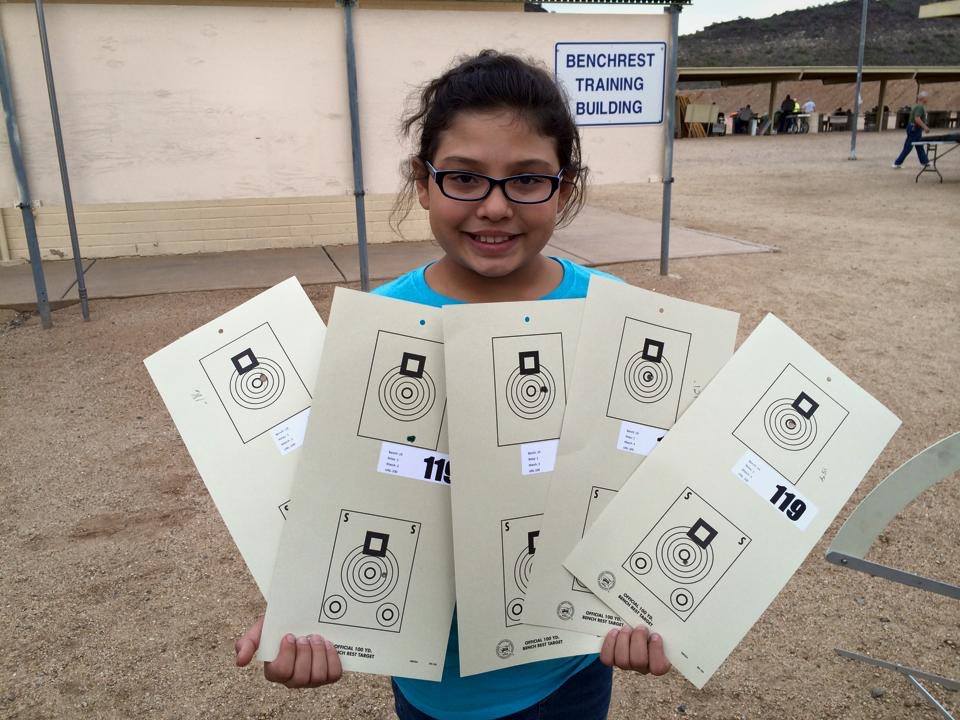 This last week has been a big week for young Angelina Gonzalez. First, she turned 10 years old, then her Grandfather, Lou Murdica, took her to her first ever benchrest competition. Lou has been teaching Angelina to shoot a railgun for quite some time now, and he knew she was ready to shoot competitively at 100 yards. So for her birthday, Lou brought her out to the Unl5-Unl5 Arizona State Invitational at Ben Avery Shooting Facility in Phoenix, Arizona. The results were better than either of them could have imagined.

The Arizona Benchrest Shooters (AZBRS) hosted the Unl5-Unl5 Arizona State Invitational on December 6-7, 2014. David Hamilton, Plant Manager of Berger Bullets, and Eric Stecker, President of Berger Bullets, recently became the leaders of the Arizona Benchrest Shooters in a deliberate effort to help the Benchrest sport grow. They introduced a new Ironman Aggregate, to keep existing shooters coming back to each competition. They also introduced a new Junior Award, which will be presented at each match to the highest scoring junior. Their hope is that with the introduction of this award, more shooters will be encouraged to bring their children or grandchildren along with them to compete. 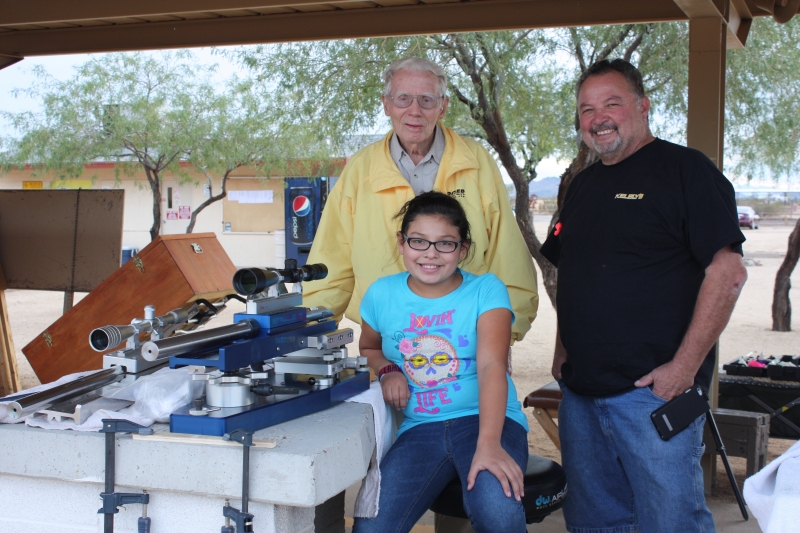 Angelina and Lou with Walt Berger.

Angelina only shot the 100 yard matches at this competition, but she thoroughly enjoyed it. Everyone was excited to hear that during the 2nd match she had earned the small group with a 0.120″ agg. She ended the 1st agg with a 0.2568″ aggregate (over five matches) putting her in 23rd place out of 37 competitors. As if that wasn’t impressive enough for a first time competitor of any age, she went on to blow away the competition during the next five matches. For the 2nd agg, Angelina placed 4th with an amazing 0.1612″ aggregate! She was two places above Lou, and he couldn’t have been happier with the results.

It is extremely exciting to see young faces enjoying the sport and we hope to see more junior shooters at the upcoming matches. 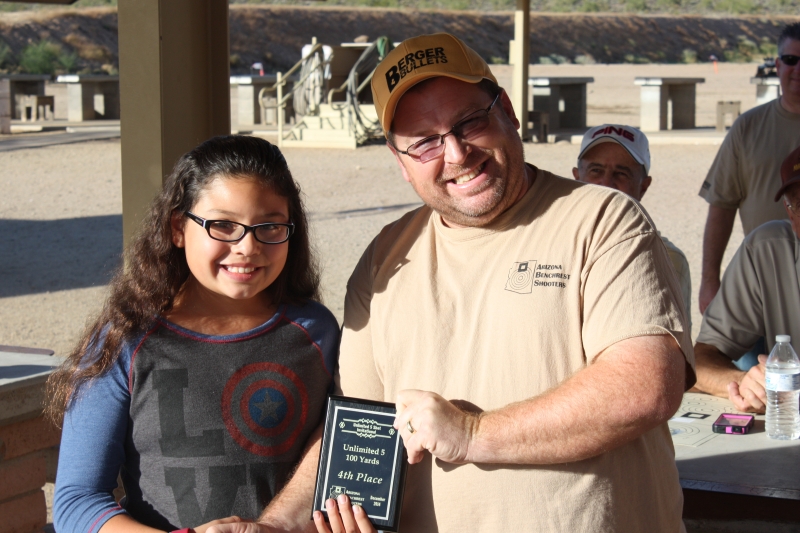