Skip to content
We appreciate your patience and continued support! During this time of overwhelming demand, our team  is doing everything possible to produce more bullets and ammo than ever before.
Home/Press Releases/200.20X – The Perfect Bullet for F-TR
Previous Next

Competition drives innovation; and in the world of long range rifle shooting, the competition is tight! In recent years, the discipline of F-TR rifle shooting has evolved from its roots in Palma/Fullbore; moving from lightweight, 155 grain class bullets up to the heavy 215’s and everywhere in between. Even with the cartridge limitations in F-TR, shooters will still look for a performance advantage in other areas, such as bullet selection.

In recent years, many of the top F-TR shooters and teams have gravitated toward the 200 grain class of bullet. This weight class offers much higher BCs and better wind performance than the lighter 155 and 185 grain bullets, while not going overboard for the modest capacity 308 Winchester cartridge. Numerous records and match wins are attributed to the Berger 200 grain Hybrid Target bullet, which has been available since 2011. Recognizing the inherent superiority of this weight class, we sharpened the pencil and set out to optimize a bullet specifically for F-TR competition. The result is the aptly named Berger 200.20X Hybrid. As the name implies, this bullet is specifically designed to maximize scores for competitive F-TR shooters because it is optimized for performance in a weight class and caliber that F-TR shooters gravitate towards.

Compared to the standard 200 grain Hybrid Target, the 200.20X has a longer boat tail, longer nose, and a shorter bearing surface. These design differences have two major impacts. For one, the longer nose and tail of the 200.20X allow the bullet to fly with less drag and a higher BC, which means fewer points lost to wind. The BC of the new 200.20X is 4% higher than the existing 200 grain Target Hybrid (G7 BC of 0.328 vs. 0.316). 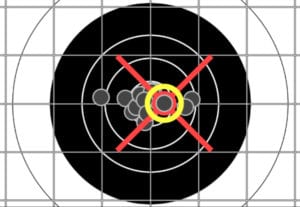 Due to all of these design features, the new 200.20X bullet is truly optimized for F-TR shooters from the beginner level up through the elite tiers.

“This is the perfect bullet for F-TR. After winning the 2015 National Mid-Range and Long Range F-TR Championships with the Berger 215 grain Target Hybrid, I’m switching to the 200.20X because it’s an even better option.” – Bryan Litz

The US Rifle Team (F-TR) has conducted extensive testing and has named the Berger 200.20X as their official bullet of choice. To support the team, Berger Bullets will donate $1.00 for every box of 200.20X bullets sold towards U.S. Team expenses for the upcoming 2017 F-TR World Championships in Ottawa, Canada.

This new bullet requires a 1:10” twist to achieve full stability and performance (BC) in most conditions, but you can shoot it out of a 1:11” twist with a minor decrease in BC. For a specific stability analysis, enter this bullet in the Berger Stability Calculator with a weight of 200.2 grains, and a length of 1.508” to see the stability results from your particular rifle and atmospheric conditions. 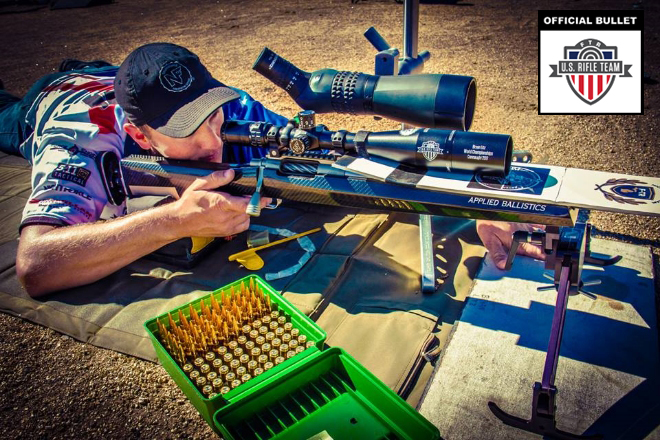 Bryan Litz designed the new 200.20X bullet for the US Rifle Team (F-TR), champion shooters, and enthusiasts within the long range shooting community.