Skip to content
We appreciate your patience and continued support! During this time of overwhelming demand, our team  is doing everything possible to produce more bullets and ammo than ever before.
Home/Press Releases/Eric’s South Georgia Hog Hunt
Previous Next

This trip was Eric’s first trip to Georgia for hunting hogs and the Brush Country Monsters team came along to film the whole adventure from start to finish. Eric’s favorite game to hunt is hogs, so he was quite excited to be there. Allen and Tim let him pick out a custom rifle to bring on his hunt, so he picked up the 7mm and took it to the range to test it out. As all responsible hunters do, he made sure he was comfortable with the rifle and that he could easily make the shots at the distances he was planning on shooting at every single time. 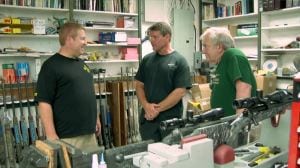 Eric meeting with Allen and Tim.

Eric has been on hunts all over the world. He considers most harvests he has taken as being majestic, but there is one particular animal he has a great disdain for, and that is wild hogs. Anyone who has lived in an area where hogs are present can tell you what kind of nuisance they can be. They can destroy everything from farmers crops to gardens in residential neighborhoods overnight.

On this hunt, Eric waited from sun up to sun down, seeing only a few doe over the majority of the day. After braving the heat, the wasps, and the spiders; a boar finally came out into the field. After waiting for perfect shot placement, Eric lined up the shot and pulled the trigger. The hog went down instantly!

The whole experience was put into a recent episode of Brush Country Monsters. In the episode, Eric also got a chance to explain just how lethal our bullets are at both short and long ranges while sitting down with BCM Host Lamar Smith. You also get to see Allan take a hog of his own with one of McWhorter’s newest rifles. For the McWhorter “On Target Tip of the Week,” Tim and Allen talk about using Berger Bullets for hunting applications at various ranges and share with viewers their thoughts and experiences.

Click the image below to watch the full episode now! 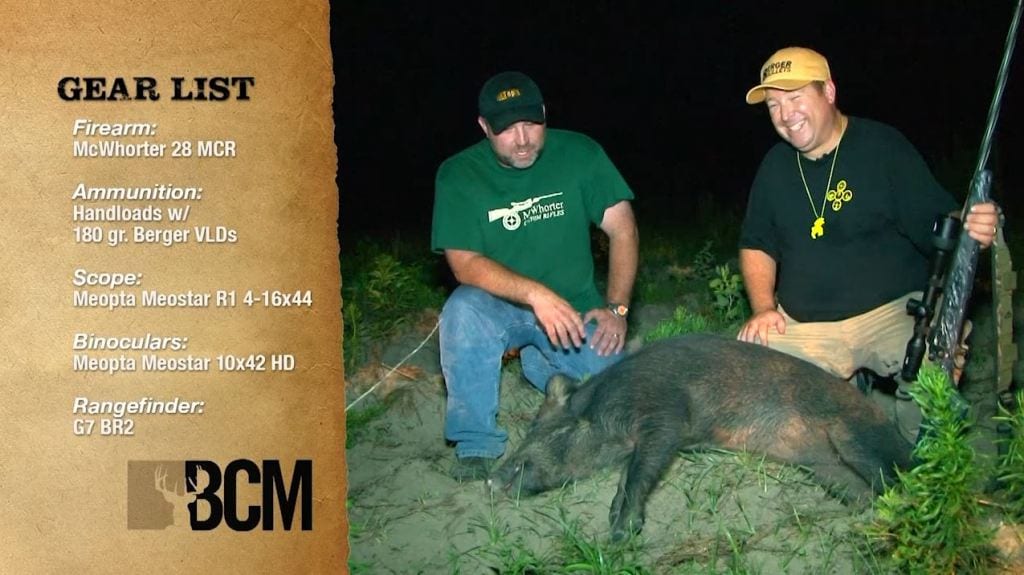