Skip to content
We appreciate your patience and continued support! During this time of overwhelming demand, our team  is doing everything possible to produce more bullets and ammo than ever before.
Home/Events/Competitions/Ortiz Wins Nightforce ELR Steel Challenge with Berger 220 Grain LRHT Bullet
Previous Next

What’s inspiring about Jorge’s performance is that he outshot nearly 200 competitors engaging targets from 700 yards to 2,100 yards in extremely challenging conditions, and did so as a US veteran with bilateral above the knee amputee status after being wounded in Afghanistan.

The 2020 Nightforce ELR Steel Challenge was held June 13-14th at Tillard 55 Ranch in Glenrock, WY. Jorge was kind enough to share the details of his coveted Steel Challenge victory below.

“I have been shooting competitively for about three years now. I have the luxury of having my buddy, Serge Durcourneau, travel with me to every big match I attend. He helps out in just about everything, for the lack of not being able bodied due to combat injuries suffered in Afghanistan in 2011. He is legitimately my “Leg Man”, stated Jorge, jokingly. 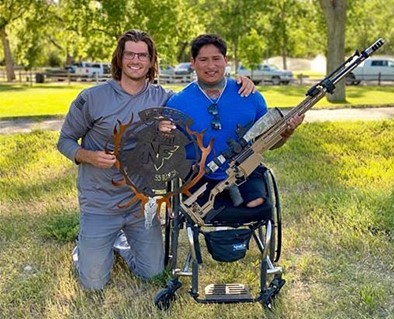 Jorge continued, “We drove out to Casper, WY from San Diego, CA and got settled in Thursday. We set up targets at 1,200, 1,500 and 1,800 yards offsite with LongShot Target Cameras, since seeing exactly where you hit during ‘zero and dope day’ can be challenging with the large field of shooters. I was hitting .2 mils high at 1,800 yds but elected not to adjust BC in my kestrel LINK Ballistics App. Mirage can play tricks on your eyes and your perception of the target may be higher, I kept as is.”

“Man, this match was tough. Both the conditions and the competition that came with it. Easily, the most wind I’ve shot in competition up-to-date with gusts eclipsing 60 mph and wildly erratic! I overheard a squad in front of us claim they held ‘left-edge’, which equated to about .3 mils. Once it was our turn on the line, we were holding 2.5 to 3 mils of wind! I guess all of the competitors should’ve taken the clue seeing the wind farms next to the venue!” he quipped.

When asked about his overall performance, Jorge shared “I was told I was sitting in 4th place after Day 1. I try not to get caught up in placements or points, and avoid looking at the scores. I’ve had it bite me in the a** a few times! I felt the last two stages on Day 2 secured the match. I was fortunate to go 15/16 through stages 10 and 11 in some of the worst conditions. I dropped only a 1st round hit on 10 and then cleaned 11 for the victory.”

Jorge gave us the goods regarding his firearm platform and all of the accoutrements. He shared, “I’m fortunate to own an Accuracy International ASR platform. Its quick-change barrel feature enables easy rifle cleaning and maintenance. I cleaned my barrel after sighting in Friday and after Day 1. I didn’t want to risk any accuracy/precision degradation with big bore cartridges fouling up pretty easily.” 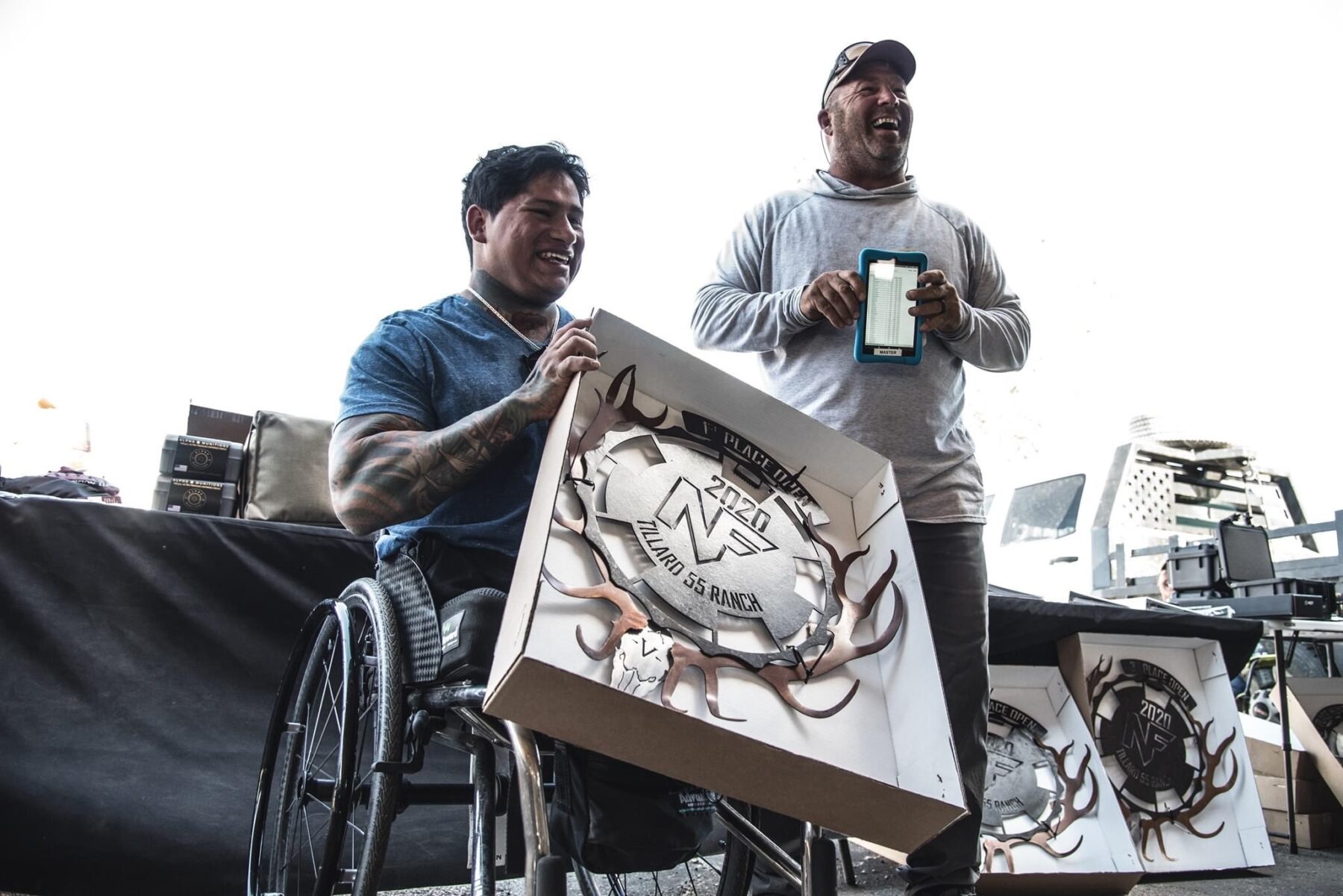 Jorge explained how the LRHT load came to fruition, “My plan was to test out Berger 215gr and 230gr Hybrid Target bullets along with a variety of other manufacturer’s bullets. After talking to Bryan Litz and the Berger team at SHOT Show, I decided to test the new Berger 220 Grain Long Range Hybrid Target released during the show.”

“Once I received the 220 Grain LRHT’s, I decided to check the weight, CBTO (cartridge base-to-ogive) and length. Super consistent, I was thoroughly impressed. It gave me that much more confidence hearing from Bryan that the LRHT’s are Berger’s most consistent BC bullet to-date. BC consistency is HUGE in the ELR game,” he asserted.

Jorge continued, “While breaking in the barrel, I was seeing some of the tightest groups and low Extreme Spreads (ES) with the 220’s. After about 75-rounds of various seating depths and powder charges, I selected 82 grains of H1000 powder, 220 Grain LRHT’s seated .010” from the rifling, and Federal 215M primers loaded into Lapua 300 Norm Magnum cartridge cases. I was shooting 3/8” groups with single digit SD’s with little effort! The load was established on Friday, just one week before the match. I was in a rush, but was confident I could make some noise.”

“I was able to take home a sick 1st Place Open trophy from Montana Metal Art and won a sweet Barrett MRAD in 6.5 Creedmoor from the prize table, exclaimed Jorge. “Thanks to Scott Satterlee and Nick Setting for continuously busting their a** to make this match bigger and better every year. Also, Matt Yore of Sawtooth Rifle for allowing me to join his team. And, Jason at EuroOptic, he’s my go-to guy for everything when it comes to precision rifle gear and components.”

Jorge closed our talks sharing these kind words, “When it comes to Berger bullets, especially the LRHT line, the consistency shows during the measurements and downrange on the target. After this victory, I would find it difficult to shoot anything other than a Berger bullet for National Rifle League, ELR or Rifleman’s Team Challenge disciplines.”  From all of us here at Berger Bullets, we thank you Jorge. And again, congratulations on your 2020 Nightforce ELR Steel Challenge victory!