Skip to content
We appreciate your patience and continued support! During this time of overwhelming demand, our team  is doing everything possible to produce more bullets and ammo than ever before.
Home/Events/Competitions/Sinclair International East Coast Fullbore Nationals
Previous Next 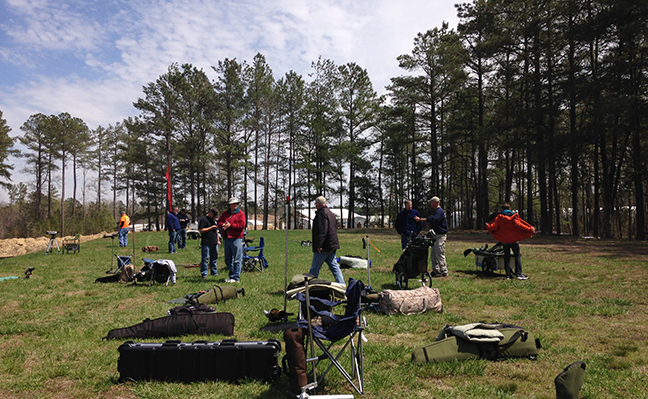 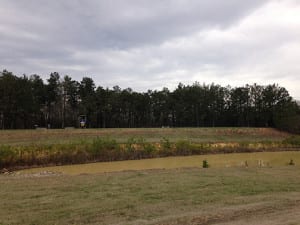 A few weeks ago, I packed up my rifle and flew to North Carolina to compete in the second annual Sinclair International East Coast Fullbore Nationals. The match was held on April 3-6, 2014 at Camp Butner. Camp Butner is a National Guard base close to Raleigh, and is always an interesting place to shoot. East coast humidity is typically high, and the range is surrounded by trees. They even have a little pond in front of the 1000 yd line. Needless to say, the mirage is very thick. As a primarily west coast shooter, it looks like SOUP to me! The range also has electronic targets. Instead of actually pulling the targets up and down, you simply flip a switch to send the targets moving. It makes for an easy rotation in the pits, if maybe a little long. The only downside is that the targets take 8 seconds to hit the bottom and another 8 seconds to get back to the top. You can’t stop the targets partway down, so the fastest service you can give (or get) is a full 16 seconds. When you’re on the line shooting, it can seem like everything is moving in slow motion. And when the winds are especially tricky, the wait can seem so long. But it does ensure that the field is equal and everyone shoots in the same conditions. 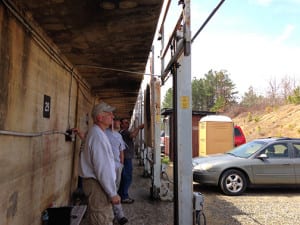 Fullbore matches are easily my favorite course of fire. This time, we shot five yard lines every day – four individual matches plus one stage of the team match. I was a little concerned that we might be on the range until sundown each day, but the match officials managed to finish every day by 4:30 pm without rushing anyone. It was great. The individual matches were comprised of two convertible sighters plus ten shots for record at 300, 500 and 600 yards, along with a 15 shot match at either 900 or 1000 yards (we swapped each day). The midrange matches were all pair fired, meaning two people are squadded together on a target. Then you take turns shooting one shot each until both shooters have completed their ten shots. This is a great way to learn how to read the wind, because you cannot simply shoot fast and chase the spotter. You are forced to read the conditions, and each shot becomes almost a new sighter. It’s such an effective learning tool, and I think all prone and F-Class shooters would benefit from shooting that way more often. 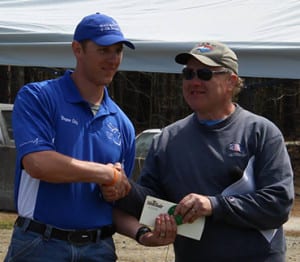 Thursday was the first day of the matches, with gorgeous conditions and high scores. Bryan Litz was the hero of the day on the Fullbore (sling) end of the line. He shot a perfect 100-10x’s at 500 yards, then went on to shoot another 4 x’s in the extra shots. On Friday, the wind arrived with a vengeance. I don’t remember the actual numbers, but the sustained winds were around 20 mph with gusts into the 30’s. We finished the 1000 yard stage, then moved back to 600 yards for the team match. That was a scary day to be a coach, especially with the electronic targets! Waiting for some of those shots to come back up out of the pits was torture. Friday and Saturday were more typical of the switchy Butner winds, and gave the competitors a good chance to test their skills and equipment.

600 yard team match. The flagpole was even more bent a second before this picture was taken.

At the end of the Grand Agg, each of the winners had an impressive lead over second place. According to the website, a total of 53 individual records were broken or tied. That’s some tough shooting across the board! Click HERE for a full list of results. 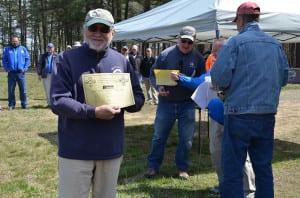 Peter LaBerge was the match director, and Jeff Rorer handled the stats and squadding. He managed to post the scores online within five minutes of receiving the last scorecard. Big thanks to both of them, as well as the other club members who volunteered their time. They did a great job! The match was well-run but still relaxed enough to be enjoyable. I’m looking forward to attending again next year. You should too!