Skip to content
We appreciate your patience and continued support! During this time of overwhelming demand, our team  is doing everything possible to produce more bullets and ammo than ever before.
Home/Events/Competitions/2012 Irish Nationals
Previous Next 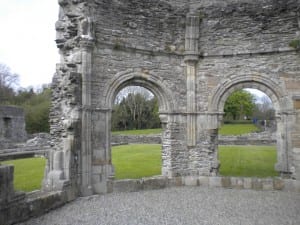 Mellifont Abbey, which was built in 1157

The first time I shot in Ireland was in 2011, as a member of the US F-Class Rifle Team competing in the Creedmoor Match. I quickly fell in love with the range, the countryside and the people. So when they invited me to return this year for their Nationals, it was an easy decision. The match was to be held over a two day weekend in May. When I saw the schedule of events, I couldn’t help but wonder how they expected to fit so many matches into two days. They managed that, and much more.

I flew into Dublin, and Noel Kelly met me at the airport. I spent the rest of the day fighting jet lag while he took me to Monasterboice, Slane Abbey and many other well-known historical sights. It’s very humbling to stand next to walls and towers that were built in the 11th and 12th centuries. The gray stones and brilliant green hills go so well together. It is a beautiful country, full of history and some of the friendliest people one could ever hope to meet.

The next day, we drove down to the range. The Midlands National Shooting Centre of Ireland is located near Tullamore, in the middle of the island. The new 1000 yard range has 20 firing points and some of the most challenging wind conditions that I’ve ever shot in. The range is built over a peat bog, which means you can almost always count on seeing some mirage, no matter how cold it is! We met up with John Paul Craven and Stephen Hogan for a bit more sight-seeing and some long range practice. 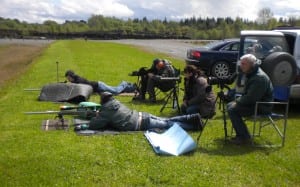 The Nationals started on Saturday morning with the TR (Target Rifle, or sling in the US), F-Open and F-TR championships. I was told that I would be competing in both the TR and F-Open matches. When I asked how I was supposed to shoot in two matches at the same time, they smiled and told me to wait and see. The F-Open shooters shot first, and shot a straight palma course. We started at 800 yards, then moved directly to 900, and then 1000 yards for 15 shots each. When we finished that relay, they moved me down to the other end of the line, and I did the exact same thing with the Target Rifle.

Once that was over, we took a tea/lunch break before meeting at the old range for the Hunting and Historic Rifle matches. These matches were shot at 100 yards. The first three shots were fired as sighters from a supported prone position, meaning the shooters could use bags or rests to support the rifle. The shooters then walked to the targets to check their sight settings, then fired another seven shots supported prone, then five shots unsupported prone and five shots kneeling. I hadn’t planned to shoot either of these matches, but was given a Mauser rifle and had a great deal of fun shooting it in the Historic match. 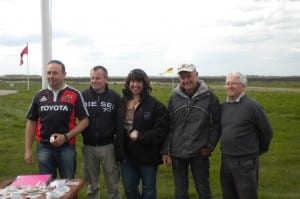 We met up again Sunday morning for the rest of the matches. The first event of the day was a team match, which was shot at 900 and 1000 yards. I was lucky enough to shoot (and help coach) an F-TR team. Coaching at the MNCSI Range is never easy, but we had a great time and learned a lot.

After lunch, we shot the Match Rifle and Benchrest matches. The Match Rifle class is typically shot at 1000, 1100 and 1200 yards; and is shot from the prone position with a rifle and sling, but shooters are also allowed to use a rest under their hand to help support the rifle. When I finished that match, I was again moved to the other end of the line for the “Belly Benchrest” Match. This consisted of two five-shot strings at 1000 yards. The targets were pulled after the five shots and scored for group size. I’d never shot either of these before, but enjoyed them both thoroughly.

When the shooting was over, we moved back to the clubhouse for more tea and presentation of the awards. After the awards, we met up at the pub for dinner. Sitting around a table with good friends telling stories was a fitting end to a great match.

We met up at the range on Monday morning for a bit more practice. In a little over two hours, we saw everything from sunshine to hail, and the winds certainly gave us something to work with! Every long range shooter in the world could benefit from shooting at the MNSCI Range. It’s without a doubt one of the toughest ranges I’ve shot on, and I love the challenge. I learn something new every time I shoot there, and cannot wait for the opportunity to go back!

I have to thank everyone at the NRAI and especially Noel, JP and Stephen for putting this all together. I feel so lucky to have been a part of their Nationals. I couldn’t figure out how they planned to squeeze ten different matches into two days, but it was one of the most relaxing and enjoyable matches I’ve ever shot. I’d love to run a match like that in the US sometime. It was a great way to get a little taste of everything. And my hosts were wonderful. Irish hospitality is certainly second to none. These shooters go out of their way to make visitors feel welcome, and I will cherish the friendships that have developed. If you ever have the opportunity to shoot on this range, I encourage you do to so. I can guarantee you won’t be disappointed! Visit the NRA of Ireland website HERE for a complete list of the winners and more information on the Midlands range.

Visit our Facebook album to see more pictures from the match. 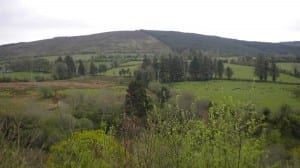 In the mountains near Tullamore. There's a reason everything's so green, but we were lucky to have such good weather for the match!