Skip to content
We appreciate your patience and continued support! During this time of overwhelming demand, our team  is doing everything possible to produce more bullets and ammo than ever before.
Home/Events/Competitions/Firecracker 4800
Previous Next 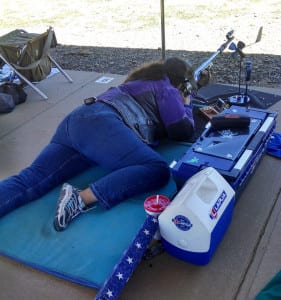 My first rifle was a .22 Chipmunk when I was 7 years old. My mom believed that smallbore is the best way to learn the basic techniques of shooting – sight alignment, trigger control, natural point of aim, etc. I think she’s right. So my sister and I shot smallbore for years before we ever picked up high power rifles.

Fast forward to 2014. I’m a high power shooter through and through, and haven’t shot a .22 since high school. But I needed to practice before the Long Range Nationals at Camp Perry this summer, and some friends talked me into shooting the Firecracker 4800 as my warm-up match. So, after making sure my .22 still had all the parts it needed, I packed up and made the 11 hour drive to Raton, NM and the Whittington Center.

Typically, conventional smallbore prone matches consist of 160 shots for record each day, split into four matches of two 20-shot targets each. This was a 4800 agg, meaning we eliminated the final 50 yd match and shot 120 shots for record each day. This is a new format that some ranges are using, to help shooters save on ammunition costs and give them a shorter and more relaxed day of shooting. Each day consisted of a Dewar match (20 shots at 50 yards and 20 shots at 100 yards), followed by the 100 yd match (two targets) and ending with the 50 meter match (two targets). It sounds easy enough, but it’s a marathon of shooting. In most high power matches, we shoot maybe 50 to 80 rounds each day. By the end of the weekend, I was more than ready for a break. 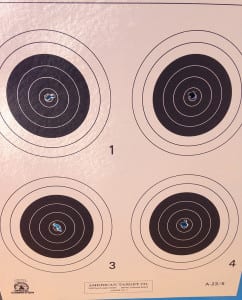 Raton winds are usually tricky, and this match was no exception. It was easy to lose points if you missed a change in the wind. I was getting mystery shots that just missed the 10 ring for no apparent reason. It was extremely frustrating, but it seemed like most people were having the same issue. I never like seeing people have problems, but sometimes it’s reassuring to know you’re not the only one!

There was also a team match after the individuals on Saturday. They were 2-man (person) teams, which added another 40 shots to the day. I shot with a friend from the New Mexico Tech Rifle Team, and we had a great time. Nancy Tompkins and Ginger McLemore won the team match with a perfect 800, setting a new women’s national record in the process. There was supposed to be another team match on the second day, but everyone opted out. I think they were tired of getting beaten up by the wind, and were ready for some food and cold drinks.

This match had the highest attendance ever with 56 shooters, and some very tough competition. There was an impressive number of National, World and Olympic champions. Even though the scores weren’t as high as usual due to the winds, the results couldn’t have been much closer. Eric Uptagrafft won the Grand Agg with a 4792-391x, Reya Kempley was second with a 4792-373x and Steve Goff was third with a 4792-371x. Saturday and Monday were iron sight matches, while Sunday and Tuesday were any sight matches. Reya Kempley won the iron sight agg with a 2399-199x, and Nancy Tompkins won the any sight agg with a 2399-195x.

I knew there were plenty of good reasons for me to shoot this match, but I also really enjoyed myself. It was a good refresher course on shooting techniques, and I actually shot better than I expected. I also had a chance to catch up with old friends and make new ones. Shooters in every discipline are so generous with their time and knowledge. It was inspiring to see experienced shooters work with juniors and new shooters, and exciting to see their scores improve as a result. We also had a bbq one evening. People brought their own food to grill, and just relaxed on the lawn, telling stories and enjoying each others’ company. It was perfect. I’m already starting to plan my next match, so it looks like I found a new hobby (again).

Lones Wigger and his wife run this match every year over the July 4th weekend. Lones is a legend in smallbore shooting, and does a fantastic job with this match. Everything ran smoothly, scores were up quickly and the donated prizes were impressive. Thank you to Lones, Mary Kay and the rest of the volunteers who dedicated their time and efforts to running such an enjoyable match! 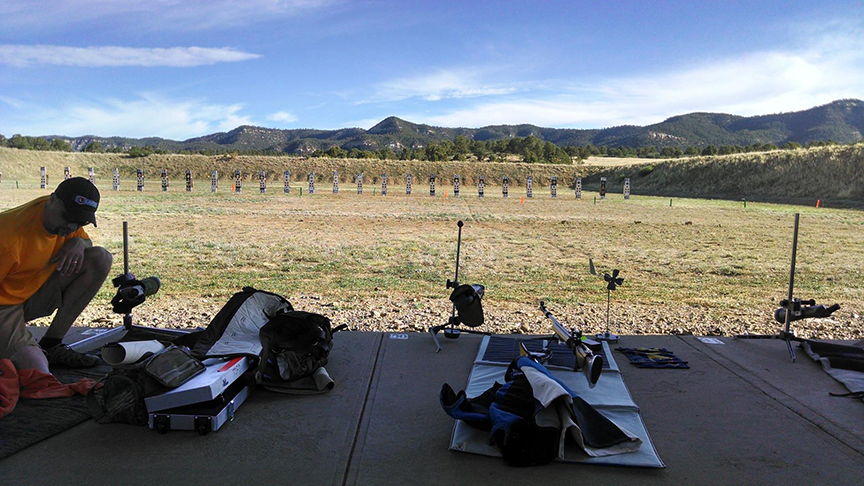 Setting up to shoot the 50 yd stage of the Dewar Match. *Photo courtesy of Katelyn Hensley.