Skip to content
We appreciate your patience and continued support! During this time of overwhelming demand, our team  is doing everything possible to produce more bullets and ammo than ever before.
Home/New Products, Press Releases/New 22 Caliber 85.5 Grain Long Range Hybrid Target Bullets
Previous Next

Our new 22 caliber 85.5 Grain Long Range Hybrid Target™ Bullets feature an improved center of gravity and ballistic coefficient. Utilizing advanced and proprietary manufacturing processes, our new innovative Meplat Reduction Technology™ (MRT™) System applies controlled pressure along the projectile nose, producing a homogeneous and repeatable bullet profile for the industry’s most consistent Ballistic Coefficients (“BC”). While a high BC is desirable to competitive shooters, shot-to-shot BC consistency is critical when engaging targets to 1,000 yards and beyond. Berger’s ballistic coefficients are all Doppler-radar verified with standard deviation unmatched by all other manufacturers.

Easy to load and shoot with a jump-tolerant hybrid ogive design, the Long Range Hybrid Target™ Bullets are tailored to cartridges such as the .224 Valkyrie, 22-250 Remington, and the 22 Creedmoor among others, and remains supersonic to over 1,000 yards – including .223/5.56 chambered Service Rifles and Target Rifles with 1:7″ twist barrels! Launched at velocities of 2,800 feet-per-second, expect 15% less wind drift than .308 Winchester Target Rifles using 155 grain projectiles, and up to 10% less wind drift than .308’s using 190 grain projectiles. A “real-world” 1,000 yard capable 22-caliber projectile is now a reality.

The new 85.5’s, like all other Berger projectiles, are built with the industry’s most precise Berger/J-4 bullet jackets. Will other bullet manufacturers lay claim to +/- .0003” jacket TIR (total indicated runout), or simply repeat baseless claims of “industry leading uniformity and concentricity”? Our jackets are of unprecedented quality, sought after by custom bullet makers that handcraft projectiles, one-by-one. 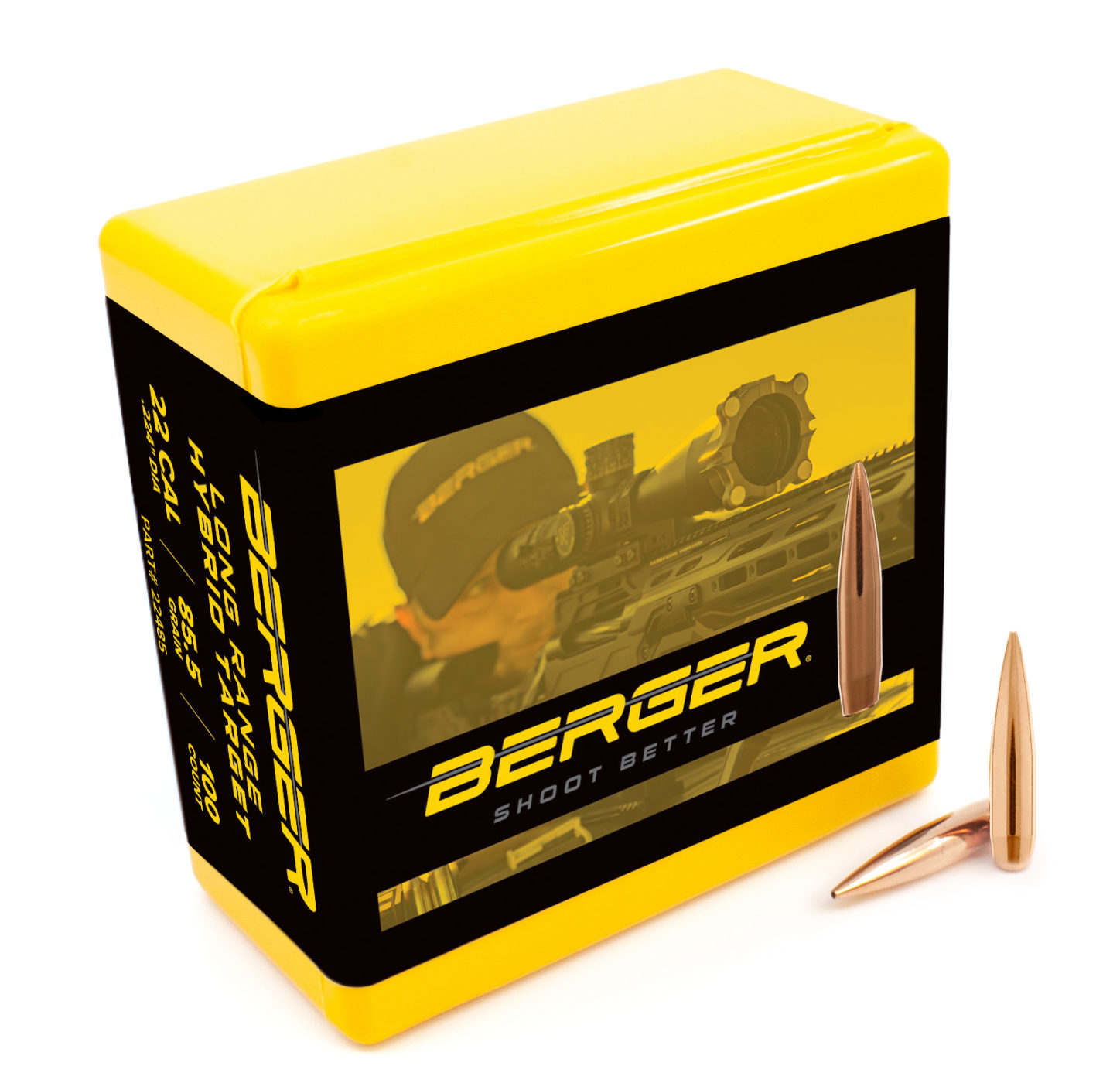 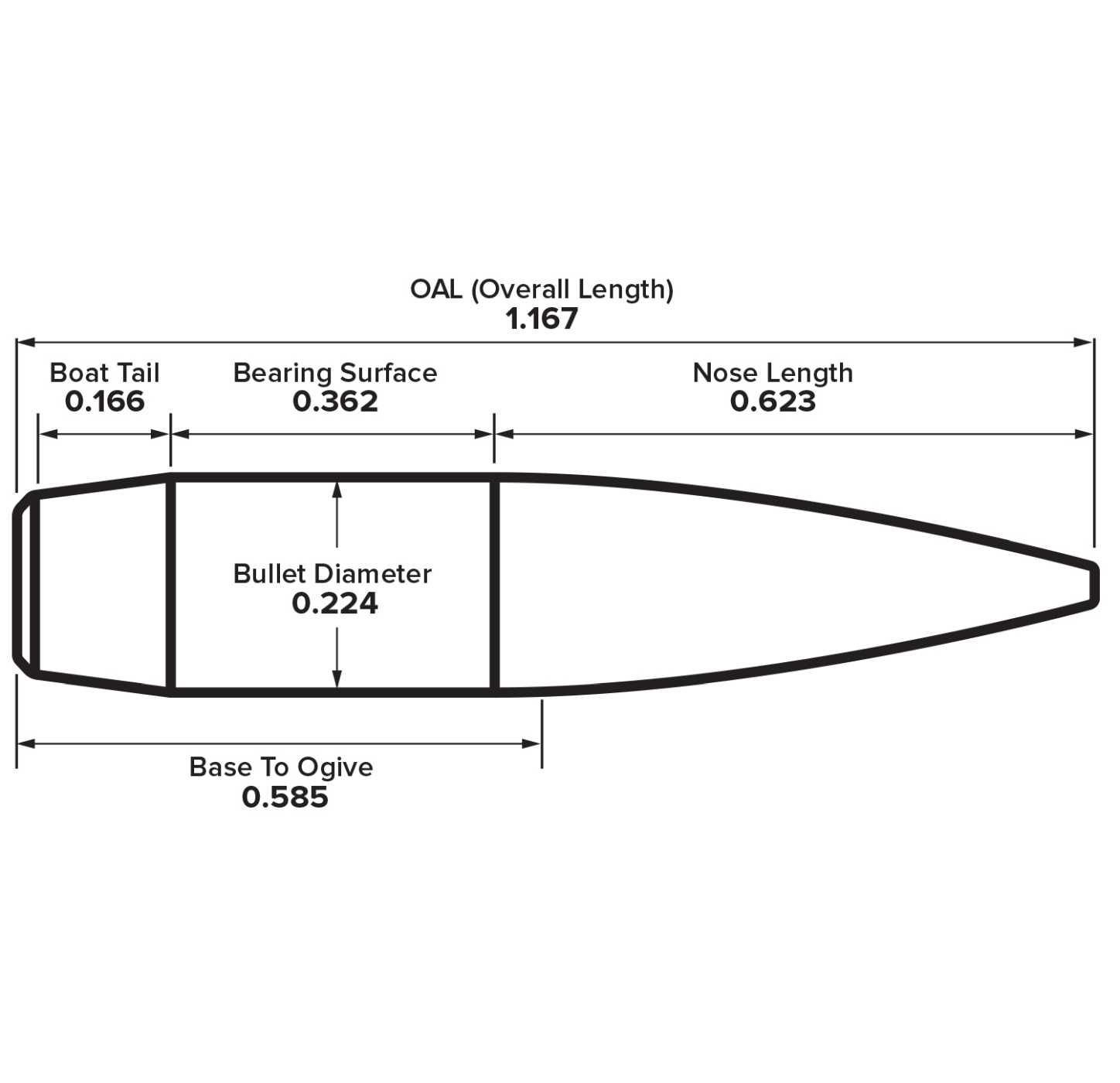 Berger Production Engineer, Garett Stoddard, spearheaded the MRT™ development project, along with merging its new technology with existing production techniques. Garett stated, “The new MRT ™ System takes consistency beyond the envelope. Every bullet nose is formed with optimal swage pressure determined by force instead of length. In addition to reducing a projectile’s drag by shrinking its meplat diameter, this technique takes the inherent meplat inconsistencies that plague OTM style projectiles and brings them closer to the rotational axis. This is a key factor to the consistent balance of the bullet in flight.”

The 85.5gr Long Range Hybrid Target Bullet’s G7 BC of .268 is achieved with optimal stability from a 1:7” twist barrel. Excellent accuracy may also be attained with 1:8” rifle barrels, resulting in a slightly decreased BC value.

Below are some 1,000 yard test results and an overall assessment given during the 85.5’s design and development. 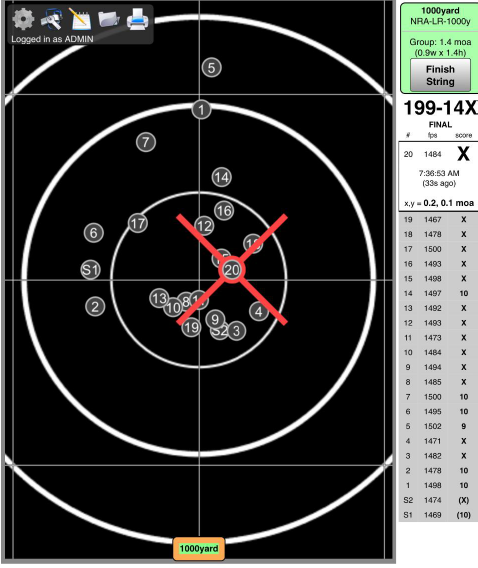 Observations:
Group was a little up and down for the first 10 shots but once settled, hammered. The vertical stringing is most likely due to cleaning the barrel to take throat measurement and the bore needed a couple extra shots to condition. 100-9x on the back ten shots.

Overall Conclusion
The projectile performed extremely well at 1000 yard in spite of only being driven to ~2800 to 2850 fps. This projectile is clearly competitive at 1000 yard in a Palma Rifle as tested. With a slightly longer throat and a faster twist barrel I am confident 85.5 hybrid would be viable option for those looking to shoot 223 Rem in Long Range competitions. I had two key observation from this testing.

In summary, I would not hesitate competing with this projectile in Long Range matches and I feel that it closes the performance gap between the .223 and .308 without any of the issues that have plagued the 90gr projectiles.

Our initial testing of this bullet in our in house Accuracy Test Center (ATC) showed very promising results as well. Our ATC is a 300 meter test tunnel with environmental controlled conditions and state of the art testing fixtures and equipment. Here, we test our bullets and ammunition to make sure that the performance is where we want it to be. We shot two 5-shot groups back to back and got a 1.00″ group with the first 5 shots and a 1.49″ group with the second 5 shots, which combined into a 1.6″ 10-shot group! The consistently 1/2 MOA group sizing at 300 meters shows just how tight of grouping this bullet can achieve. An image of our in house test results below. We are truly excited about how well these bullets perform!

Our dealers are already taking pre-orders on these bullets, and we begin shipping later this week.
Click here to find a dealer near you and order today!