Skip to content
We appreciate your patience and continued support! During this time of overwhelming demand, our team  is doing everything possible to produce more bullets and ammo than ever before.
Home/Press Releases/Thanksgiving Eve Hunt
Previous Next 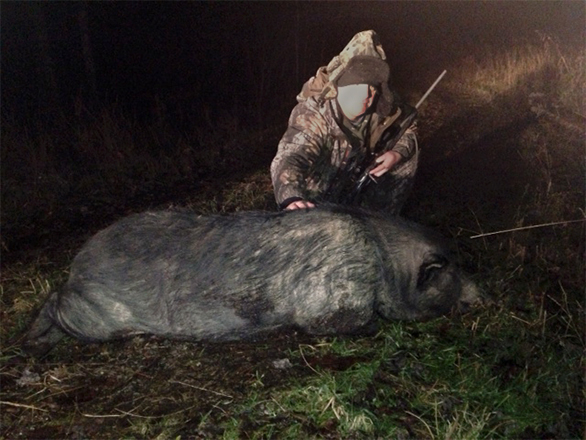 This Thanksgiving Eve held a surprise for one of our loyal shooters, Stoney Lee Grayson. He was expecting to find a buck on his evening hunt when he was surprised by a 350+ pound wild boar! With a single 6mm 95 grain Berger VLD Hunting bullet behind the ear, his harvest went down within 10 seconds. This hog weighed so much that Grayson and his cousins had to back their truck into a ditch so that they could roll him onto the tailgate! 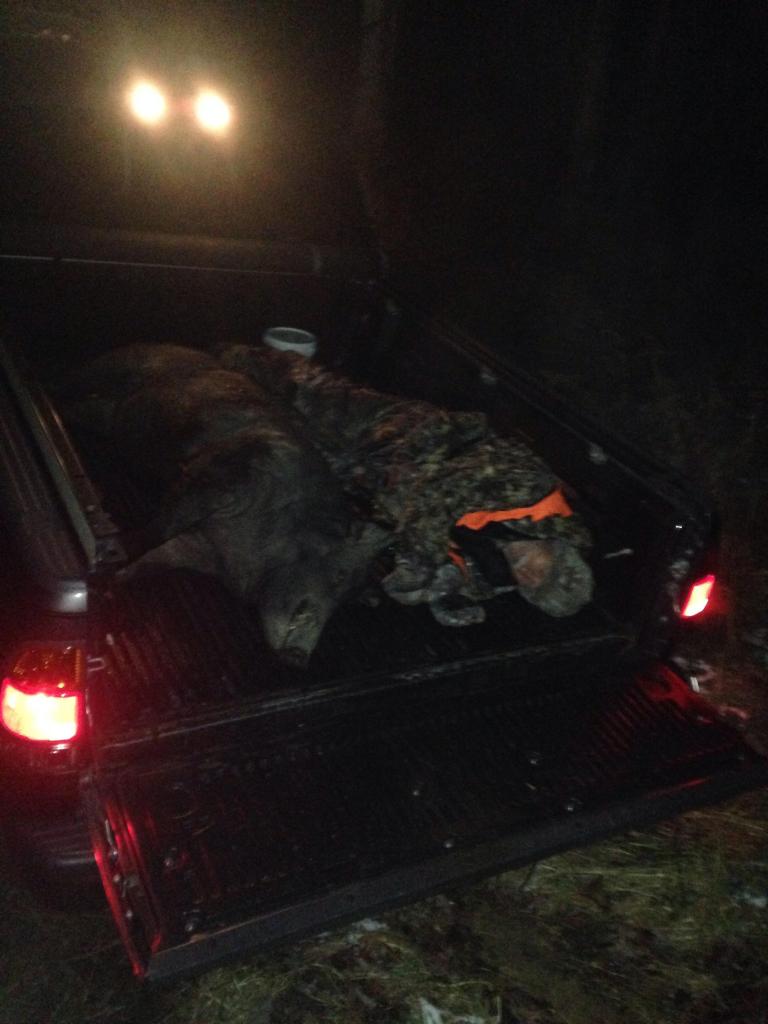 Grayson’s cousin alongside the boar.

Grayson took his time with shot placement so he wouldn’t have to track the boar during the night. When the boar positioned towards him at a slight angle, Grayson took his shot right behind the ear. “Berger VLDs are top-notch hunting bullets. This is one of the many successful hunts I’ve had using them. I’ve taken game from Canada to Africa with them, though this hog is exceptionally large!”