Skip to content
We appreciate your patience and continued support! During this time of overwhelming demand, our team  is doing everything possible to produce more bullets and ammo than ever before.
Home/Events/Competitions/Berger Hybrid Bullets – From Design to Reality
Previous Next

One of the exciting challenges of rifle shooting is keeping up with new products and technologies. Shooters are constantly looking for ways to get greater accuracy and precision from their equipment. Rifle bullets in particular have come a long way – from musket balls to copper jacketed bullets that are capable of shooting groups under 3” at 1000 yards. The introduction of the VLD bullet design in the late 80s was a significant improvement to modern bullets. (click HERE for a history of the VLD bullet). 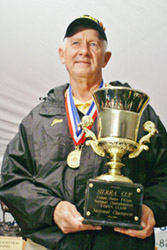 VLD bullets are extremely efficient in the wind and have very high BCs, but they are sensitive to seating depth and require time and effort to “tune” the load for each rifle. Some people thought the VLD was the ultimate design, but Berger’s Chief Ballistician Bryan Litz saw room for improvement and went to work designing a bullet that would give shooters the high performance of VLD bullets but would be less sensitive to seating depth. The result was the Berger Hybrid bullet.

Our Hybrid design blends the best of both worlds by incorporating two different shapes within the nose. The nose starts as a secant ogive (the shape used on the VLD bullets), and gives the bullets their high BCs. As you move toward the bearing surface, the shape changes into a tangent ogive. This tangent section of the ogive results in the bullet being much less sensitive to seating depth (making load development much easier).

The key to it all went beyond the combination of these two shapes and rested on the partnership between the ballistician and the bullet maker. It looked good on paper, but it wasn’t until we started testing the actual bullets that we realized these Hybrids would make a significant impact in the long range shooting community. We announced our first Hybrid bullet during the 2011 SHOT Show – a 7mm 180gr Hybrid Target bullet. Within two weeks, this bullet had won two divisions of the 2011 Southwest Long Range Nationals (Bryan Litz shooting sling, and Danny Biggs shooting F-Open). 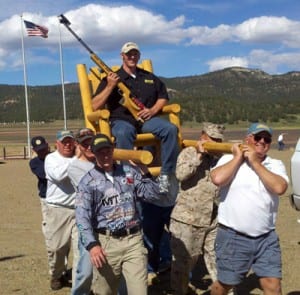 Since then, we have introduced more Hybrid bullets in 6mm, 6.5mm, 30 cal, and 338 cal. Within a few weeks of the 30 cal release, Bryan Litz used the 155 gr Hybrid Target bullet to win the 2011 US Fullbore National Championships at Raton, NM. In addition, Jim Murphy used the 7mm 180gr Hybrids to win both the 2011 National F-Open Championship at Lodi, WI and the 2012 Southwest Long Range Nationals in Phoenix, Az.

NOTE – Since the initial release of this article, Terry Balding used the 6mm 105gr Hybrid Target bullets to win the 2012 NBRSA 600-yard Nationals at Sloughouse, CA.

We currently offer the following calibers and weights, with several others in development.