Skip to content
We appreciate your patience and continued support! During this time of overwhelming demand, our team  is doing everything possible to produce more bullets and ammo than ever before.
Home/No BS BC/Comparing Ballistic Coefficients (BCs)

Long range shooters who understand that Ballistic Coefficients (BCs) are an important performance measure often compare BC’s to see which bullets are good candidates for long range shooting. It may seem as simple as comparing numbers printed on the bullet box, but there are some considerations to be aware of to make intelligent comparisons of BC.

Not all BC’s are created equal. Berger BC’s are calculated from 3,000 fps to 1,500 fps to support the most accurate trajectory predictions over long range. Whether in competition or with lives on the line, long range shooters and Mil/LE operators utilizing ballistic solvers need 100% reliable data. Not BC marketing BS.

The first thing to note is that not all bullet manufacturers measure their BC’s in the same way. For example, some manufacturers measure BC’s over long range while others only provide BC’s tested over short range. Due to the sensitivity of BC’s to velocity, it can highly skew the comparison. This is a much bigger problem with G1 BC’s than G7, but there is always some velocity dependence involved in using BC’s. As an example, a bullet can have a G7 BC of 0.279 above 3000 fps, but when averaged from 3000 fps to 1500 fps, the G7 BC is 0.273. On the other hand, the G1 BC above 3000 fps can be 0.590, while the average from 3000 fps to 1500 fps is only 0.533. All BC’s (G1 and G7) advertised by Berger Bullets are averaged from 3000 fps to 1500 fps. This is done so you have an accurate number that represents the bullets performance over long range. This will support more accurate trajectory predictions, including wind and drop predictions. The bullet manufacturers that choose to advertise BC’s taken at high speed only, may appear to compare better to Bergers, but the apparent advantage is misleading, and will not result in accurate long range predictions. 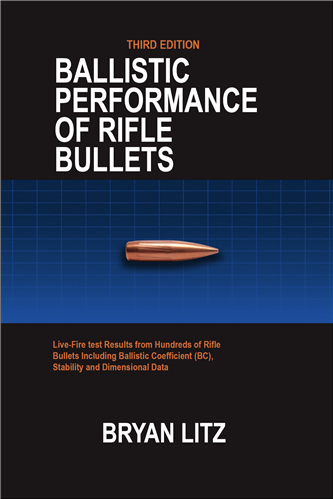 Another thing to keep in mind when comparing BC’s is related to caliber. In general, heavier and larger caliber bullets have higher BC’s than smaller calibers, but not always. For example, consider a smaller caliber like a 6.5mm (.264 Caliber) 144 grain Long Range Hybrid Target that’s relatively heavy for it’s caliber, compared to a larger caliber bullet like a .308 Caliber 175 grain OTM which is absolutely heavier, but is relatively light for it’s caliber. In this comparison, the 6.5mm 144 gr bullet has a G7 BC of 0.336, while the 30 cal 175 grain OTM has a G7 BC of 0.263. In actuality, the smaller caliber, lighter-weight bullet actually has a BC that’s 28% higher than the larger caliber, heavier bullet.

Finally, if your goal is to indicate performance potential of a bullet at long range, you have to consider the muzzle velocity of the bullet as well as the BC. This brings the cartridge into the mix, and possibly a trade-off in muzzle velocity for heavier bullets. We cover this subject further in our next article, Form Factors.

In summary, comparing BC’s is a natural thing to do for shooters interested in long range performance. Unfortunately it’s not as simple as just comparing the single numbers. There are a few things you need to understand in order to make a valid comparison. In the end, the best way to understand the performance comparison between two bullets is to enter their details into a ballistic solver including the muzzle velocity, and see how the predicted drop and drift compare, all things considered.