Skip to content
We appreciate your patience and continued support! During this time of overwhelming demand, our team  is doing everything possible to produce more bullets and ammo than ever before.
Home/No BS BC/Shot-to-Shot Consistency

Doc Beech and Bryan Litz of Applied Ballistics give you the run down of measuring BC in their mobile lab.

Most shooters are aware of muzzle velocity variation and can measure it with a chronograph, but it’s not commonly known that the Ballistic Coefficient (BC) of every shot has variation as well. Most shooters are unaware of this shot-to-shot variation in BC because it can’t be observed independent of MV variation, and the instruments for measuring BC variation are expensive and complicated (acoustic and doppler radar systems). 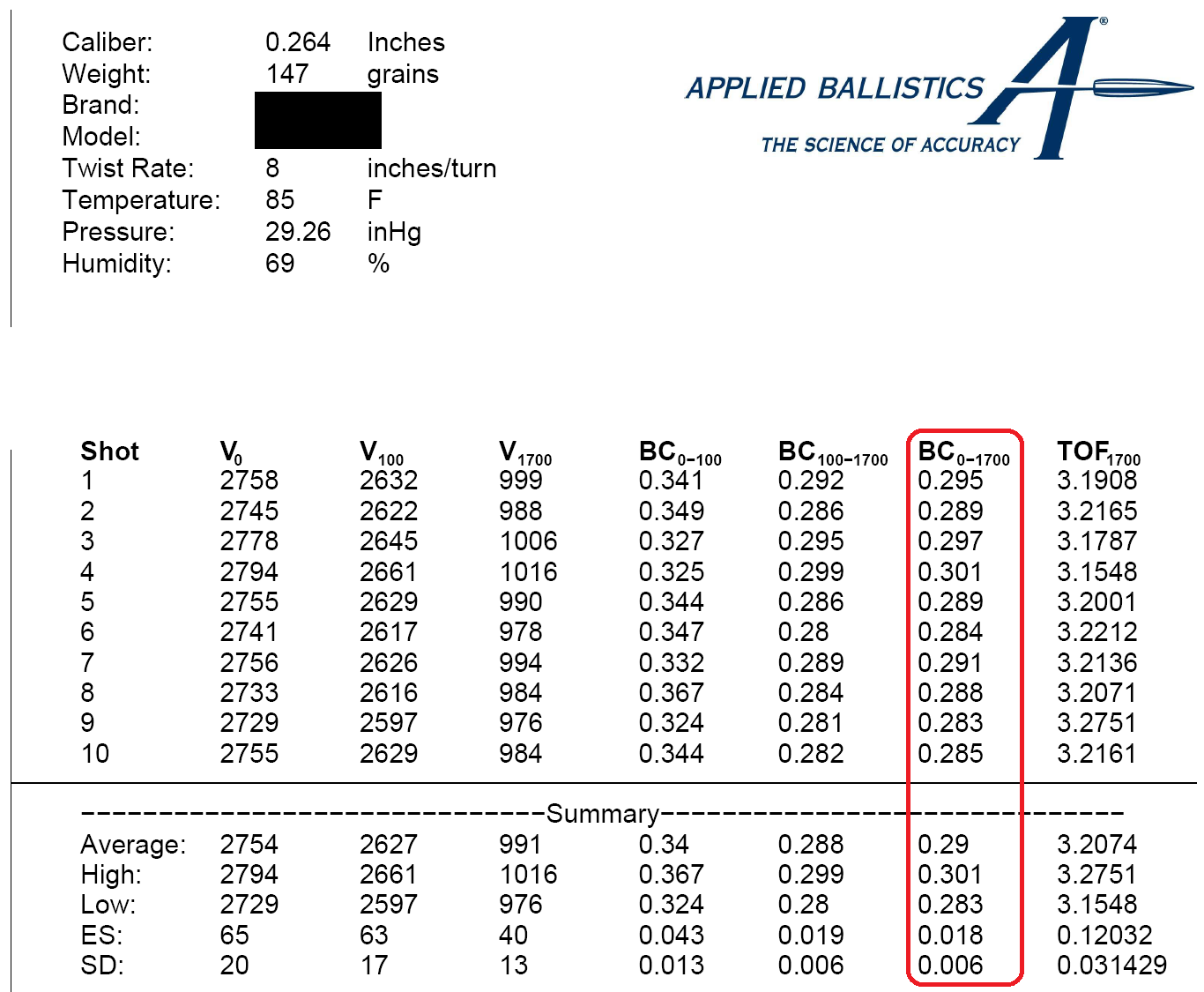 On the contrary, consider the shot string below. The Berger 6.5mm 140gr Hybrid Target bullet flew with an average BC of 0.316 over 1700 yards, with an ES of only 0.006 and an SD of 0.002. This is much more consistent and the small variation that exists only results in a vertical dispersion of 6 inches at 1200 yards. 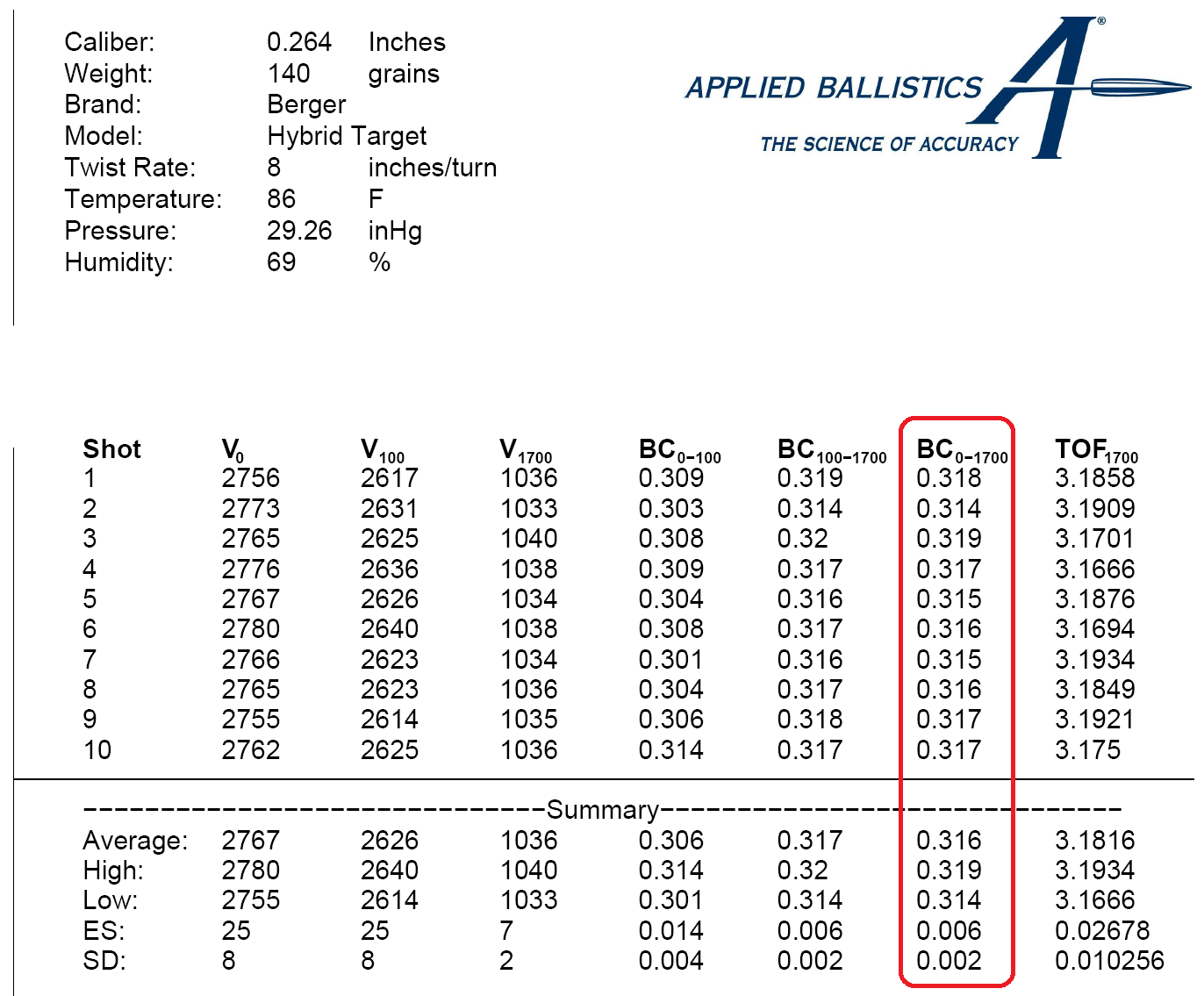 In Summary the two examples above show that even if you had perfectly loaded ammunition with zero variation in muzzle velocity and shooting group sizes of 0.000” at 100 yards, you could still have 28” vs. 6” of vertical dispersion at 1200 yards based on just the shot-to-shot BC variation alone.

One way to look at this is, MV variation results in vertical dispersion at distance because the initial velocity of each shot is different, which results in different time of flight for each shot, which means gravity has more or less time to pull the bullet down.  The variation in BC from shot-to-shot affects how much each bullet slows down, and if they’re all slowing down at different rates, the time of flight becomes highly variable, as does the drop.